One of my favorite rituals on payday is to head down to Itaewon, go into a pub, usually my good friend Baby Guinness and order a nice pint of the black stuff, and maybe their chicken tenders with fries. Afterwards, with my new found riches, I head up the hill to High Street Market to find some rare and quality ingredients from North America and Europe. This trip usually sets me back until I get paid again. Word of warning, bring your card and budget some money, because High Street Market is pretty expensive. Some might even say that High Street Market is a rip off, but I personally wouldn’t go that far.

How to get there: High Street Market is located on the main strip of Itaewon. The easiest way to get there is to take the extravagant Seoul Metro to Itaewon Station (Line 6) and depart from Exit 2. From there you will walk up the hill and slight down the hill. This is about 400 – 500 meters. High Street Market will be on your left, pass the Starbucks below Thai Garden, but above Piz Burger. 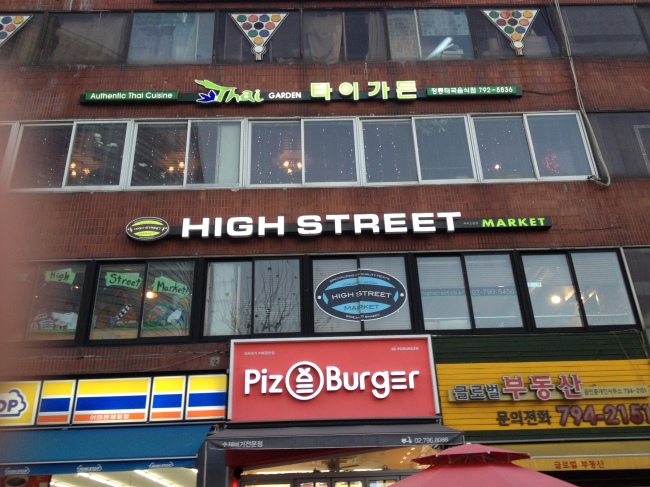 Why Should I go to High Street Market?

High Street Market is one of those places that seems like a bright shiny light of culinary bliss, but that feeling can quickly turn sour if you are on a budget. The actual store is not the problem, the service is okay, and the selection is great. They have an amazing baking and pasta selection. They also have an excellent meat and cheese selection and spices from around the world. A quality wine and beer selection makes you feel as though you have magically transported yourself back to a small North American or European market. However, the second that you see the prices, you are slapped back into harsh reality that the nearest authentic European market is about 3000kms west. High Street Market is fucking expensive. Here’s an example: A 6-pack of Dead Guy Ale Rogue (fantastic beer by the way) is going to cost you 41,300KRW…. Think about that. 40 dollars for a six pack of beer that in the United States that would be 10 bucks. I have no words. Meat and cheese can range anywhere from 4000KRW – 70000KRW. That said, this is one of the only places to get some quality meats, cheese and spices. So, its once again a problem of quality versus price. 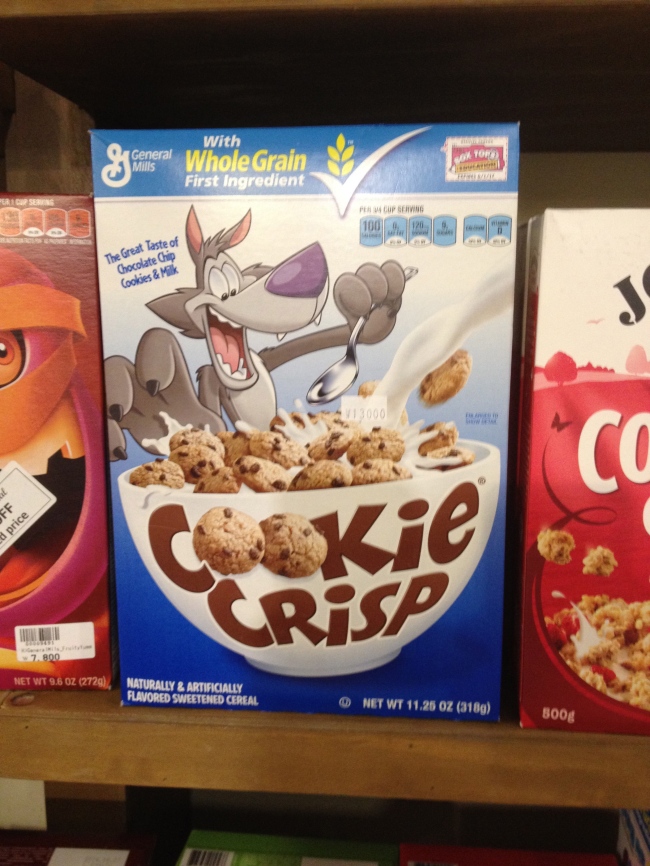 COOOOKIE Crisp is the best cereal on the planet. Is it worth 13000KRW? Yes. Yes it is. 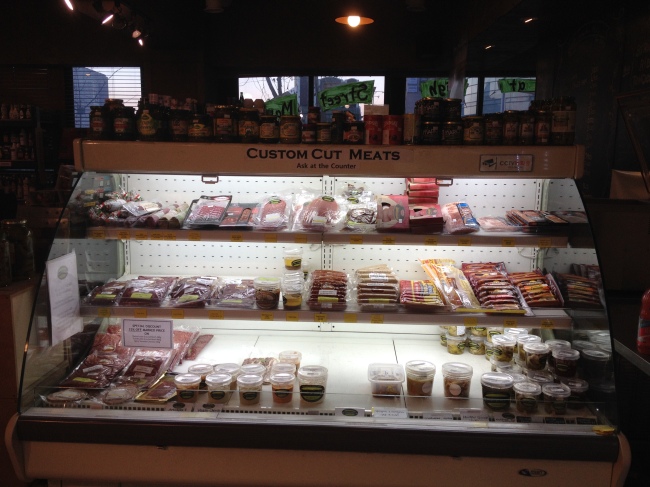 A selection of beer and wine from around the globe. 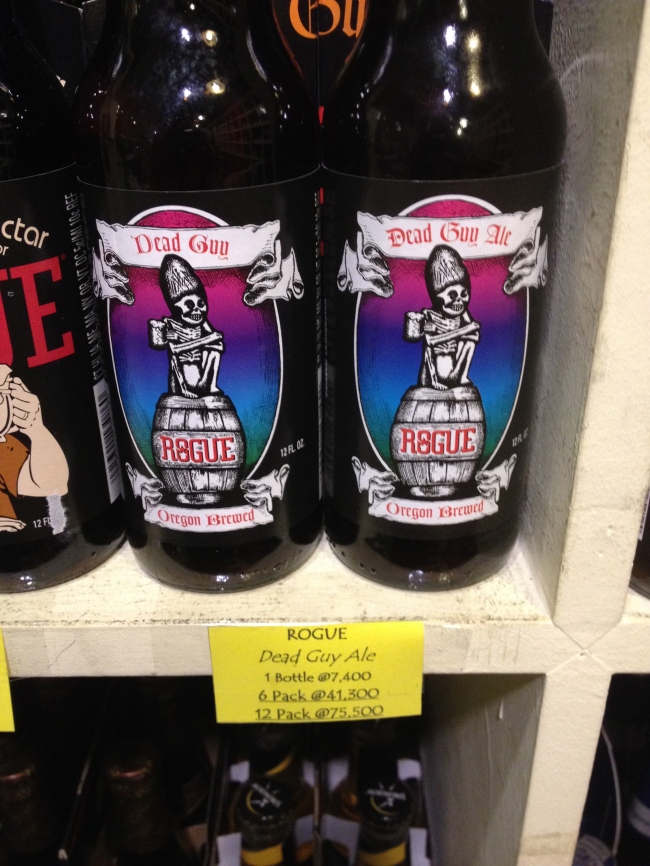 Dead Guy Ale, now being served at weddings across Korea.

I still WINE about their prices…. get it? I’ll shut up now.

A blurry picture of their wide selection of spices. The next words I heard were, “Hey, what are you doing?” I’m stealth.

Final Verdict: High Street Market is conveniently located in Itaewon, and it does have some of the best meat and cheese selection in a retail setting. Personally, I’m happier to live in Seoul with High Street as opposed to it not being here, so I really can’t complain too much. Also, they deliver, but I did have a bad experience with them once (Not cool dropping my Christmas turkey in the snow outside of my building delivery guy). However, overall, it is one of my favorite places to shop, and even though I usually end up dropping half of my paycheck buying rare, imported culinary delights.

Who Should Visit High Street Market: Culinary artists who are looking to find some rare ingredients that are uncommon to Seoul. A great quality selection of meats and cheeses that are difficult to find. Also, they do have a nice little cafe in the store for coffee and a sandwich. Lazy people who hate Itaewon, but love the selection should try their delivery service.

Who Should Avoid High Street Market: Sorry budget travelers. You are going to to shank a diplomat in order to shop here.

← On The Border – Another Chain in Itaewon? Really? Oh well..
[misc] A memorable field trip to Naver →