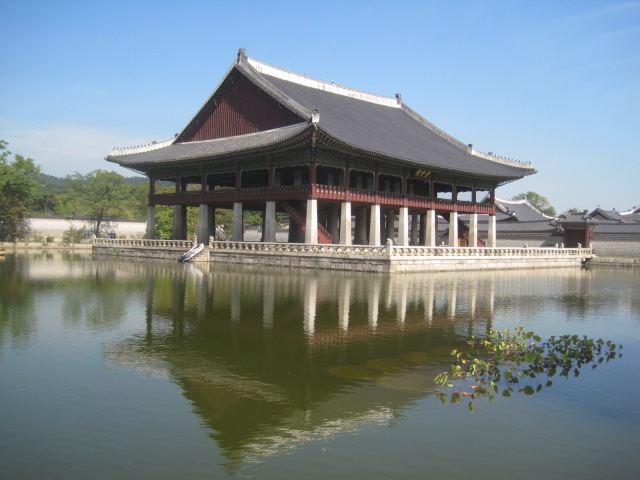 How to get there: There are a couple of ways of getting to Gyeongbokgung Palace, and depending on what pictures you want to take, or how far you want to walk, choose your exits accordingly. The first way to get to Gyeongbokgung is to take the subway to Gyeongbokgung Station (Line 3) and depart from Exit 5. If you choose this route, it will take your right into the palace. However you will miss Gwanghwamun Gate and the Palace Walls. This was my mistake the first time I visited Gyeongbokgung and I had to walk out of the palace and all the way around to see Gwanghwamun. 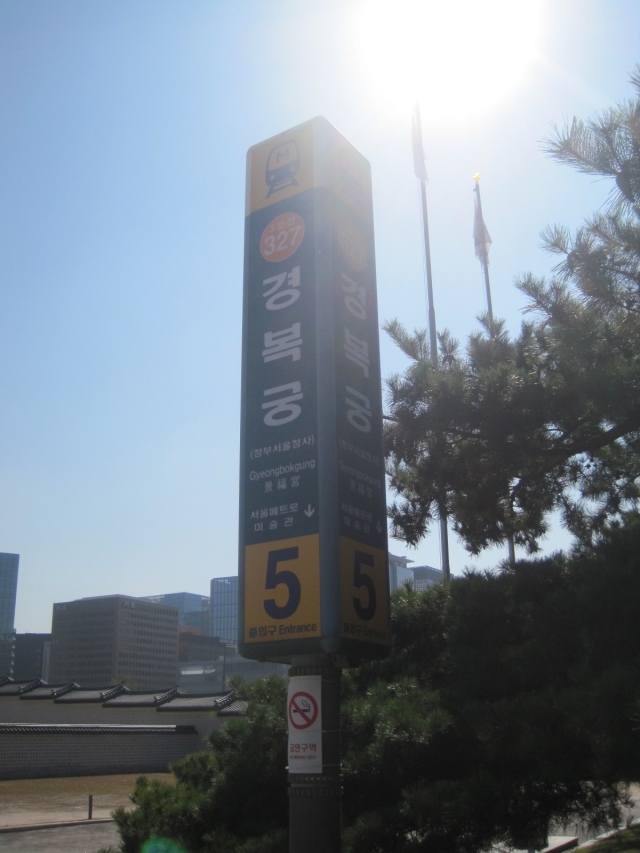 The second way to is to take the subway to Gwanghwamun Station (Line 5) and depart from Exit 2. I would highly recommend this route as you get to experience the beauty of Gwanghwamun and the Palace Walls. A word of advice though, if you want a good photo of the palace, you should cross the street to Gwanghwamun Square and try to wait for a brief pause in traffic to take a picture.

How much time do you need?: It took me four hours to completely walk around Gyeongbokgung to get photos and tour the buildings. Now, this was an extensive tour which covered all thirteen points of interest. If you have a few points of interest that intrigue you, you could probably tour Gyeongbokgung in an hour. However, in my opinion, the beauty and elegance of the palace, especially Hyangwonjeong which sits on a small lake, is perfect for some quiet meditation and requires some more time to truly appreciate the peacefulness.

A Brief History aka The Japanese Are Jerks: After spending five years in Korea, I can assure you without a doubt that the Japanese/Korean “rivalry” runs deep even to this day. Rivalry is the polite description. However, the average Joe foreigner doesn’t really know why or how this came to be. Well, besides the raping and murdering of Korean women during World War II, the colonization of the Korean peninsula during the early 20th century, and various other attacks on Korean land, the Japanese have been constantly harassing the Korean people for over 600 years. Not only that, their government has consistently has refused to apologize for their atrocities during this time. 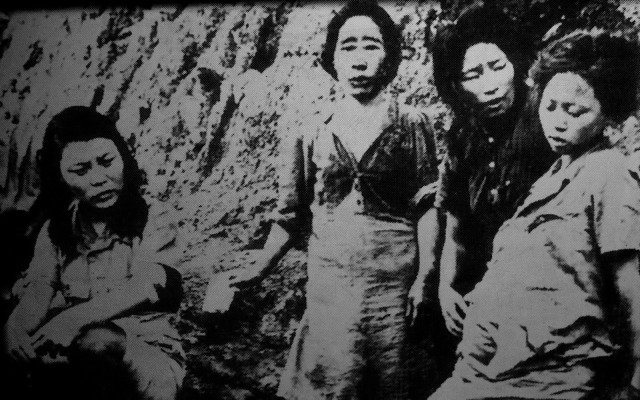 The Japanese use of “comfort women” during World War II was essentially the abduction and rape of women from China, Korea and other Asian countries.

Gyeongbokgung was built in 1395 by the first king of the Joseon Dynasty, General Yi Song-Gye and quickly became the central palace of the capital (Hanyang now modern day Seoul). For almost two hundred years, Gyeongbokgung was a symbol of Korean pride until the Japanese invaded in 1592 and burnt it to the ground under the leadership of General Toyotomi Hideyoshi. After the Japanese forces retreated, the palace grounds were negleceted for 292 years until it was rebuilt in 1867 by Prince Regent Heungseon Daewongun.

For fifty years, the palace stood as a symbol of Korean nationalism until the Japanese invaded again in 1911 and tore the palace down. Gyeongbokgung was signed over to the Japanese government and by 1915 was basically demolished and replaced with Japanese government buildings including the their colonial headquarters, the Government-General building. Finally, after 50 years of Korean prosperity, in 1990, the Korean government has restored Gyeongbokgung to its original beauty and glory.

Standing over five meters high and extending over 2,404 meters around the palace, Gwanghwamun is a wonder to see. Gyeongbokgung consist of four gates: Geonghunmun to the east, Gwanghwamun to the south, Yeongchumun to the west, and Sinmumun to the north. Each of the gates symbolizes a season and an element originating from the ying and yang philosophy. Geonghunmun symbolizes spring and wood; Gwanghwamun symbolizes summer and fire; Yeongchumun symbolizes autumn and metal; finally Sinmumun symbolizes winter and water. There were watchtowers that stood in the southeast and southwest corner of the palace, but as you’ve probably guessed, they were destroyed by the Japanese. Dongsipjagak still remains, however it is isolated from the rest of the palace and is surrounded by traffic. The Seoul government really has to do something about that. 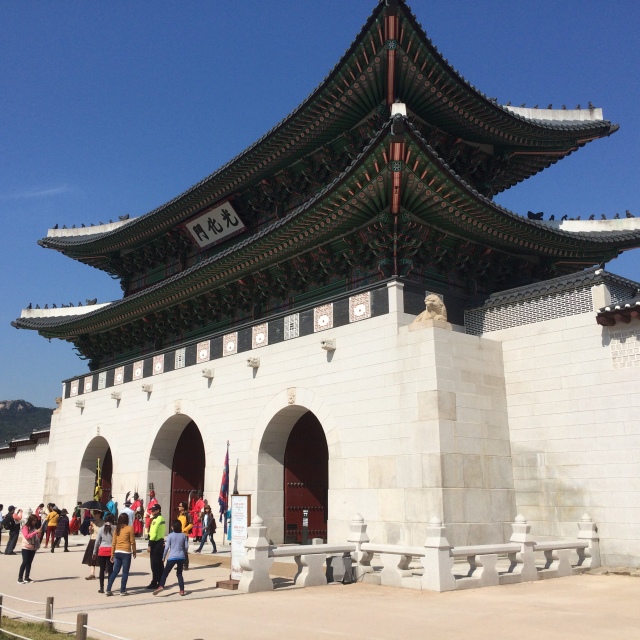 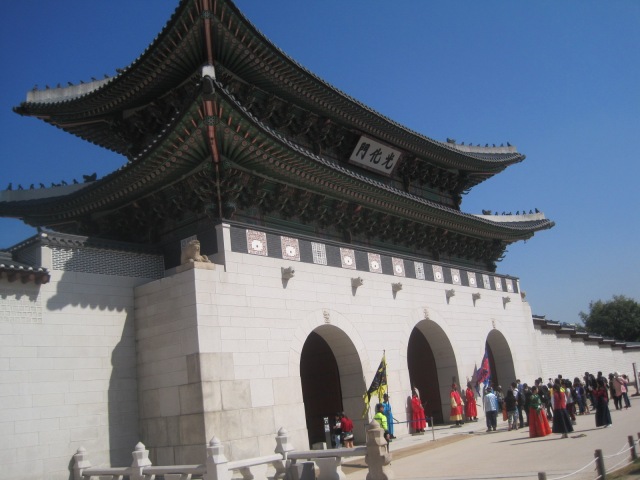 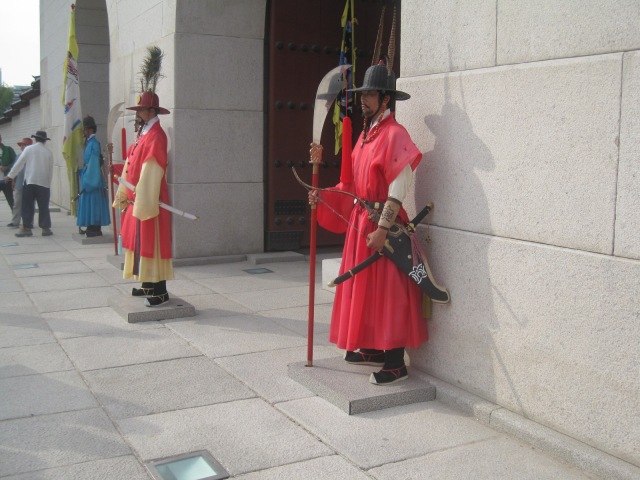 For more information about dates and times of the changing of the guard check out the Visit Korea website.