I’ve been meaning to do this post for awhile. Over the course of the last year, I have probably visited Linus about a half a dozen times. My last post was almost a year ago! So much has changed, so let’s dive in!

How to get there:  The easiest way to get there is to take the subway to Itaewon Station (Line 6) and depart from Exit 4. You will walk about 500 meters, almost to the end of the main strip. At the McDonalds, which will be on your left, you need to head down a set of stairs. Linus is through the building on the other side.

Atmosphere and Service: In the ongoing debate for BBQ supremacy between Linus and Manimal, one of the central focuses has been the atmosphere. Manimal has a more rustic, smokehouse vibe happening, whereas Linus has that southern charm working for him. Each atmosphere is great depending which mood you are in, but personally, Linus suits me better as I am a pretty chilled guy. Oh and I’m a sucker for oldies.

Food and More Food: A couple of food items have been on the menu for quite sometime, but I just wanted to drop my two cents in all the same. The Babyback Ribs, and the Bomb were truly standouts.

Do the Mashed Potato (4,800KRW): Southern BBQ requires a good portion of chunky mashed potatoes with a side of the brown stuff. Linus hits it on all cylinders. The mashed potatoes were smooth, but still had some nice chunks of potato, so you know they were real and not the shitty store bought stuff. Taking measures and keeping real on the potato front. A great side to get with the platters or the ribs.

Da Bomb (16,500KRW): I ordered this beast one day for lunch, right before heading to class and it absolutely put me in a coma for the rest of the day. That said, if I had to leave this Earth, going out via Da Bomb would not be the worst way. Da Bomb is fucking stacked with brisket! An overwhelming mountain of meat topped with sweet and savoury caramelized onions. Not enough? Toss on some deep-fried pickles. The pickles gave the sandwich a nice texture and really added a little tart to the sweetness. Your heart will go boom. What to make it to retirement? Order a Veggie Bomb.

Babyback Ribs (33,000KRW): On one hand it’s a shame the Babyback Ribs are only available for dinner, but on the other hand  to be a productive member of society, maybe Linus is throwing us a bone. On that night, I went with my sister-in-law and her boyfriend, both from Boston. It always feels good to recommend a great place, and when they said it was the best ribs they have ever had, it felt even better. The ribs were so tender and juicy, with the perfect amount of BBQ sauce glazed on. A generous portion, I would have easily spent more on it. Truly one of the best places to satisfy your carnivore cravings. 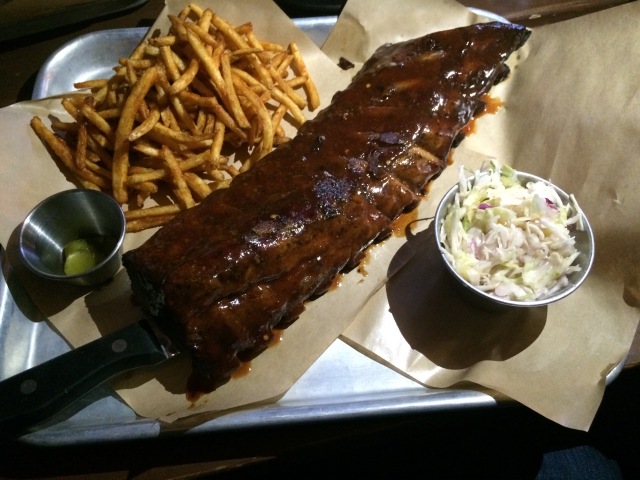 Overall Value: Still the king of BBQ in my opinion and the prices are fair for the quantity and quality you’ll receive. The service has always been stellar and Linus Kim is one of the nicest dudes in the business! If you haven’t been yet, give it a try! 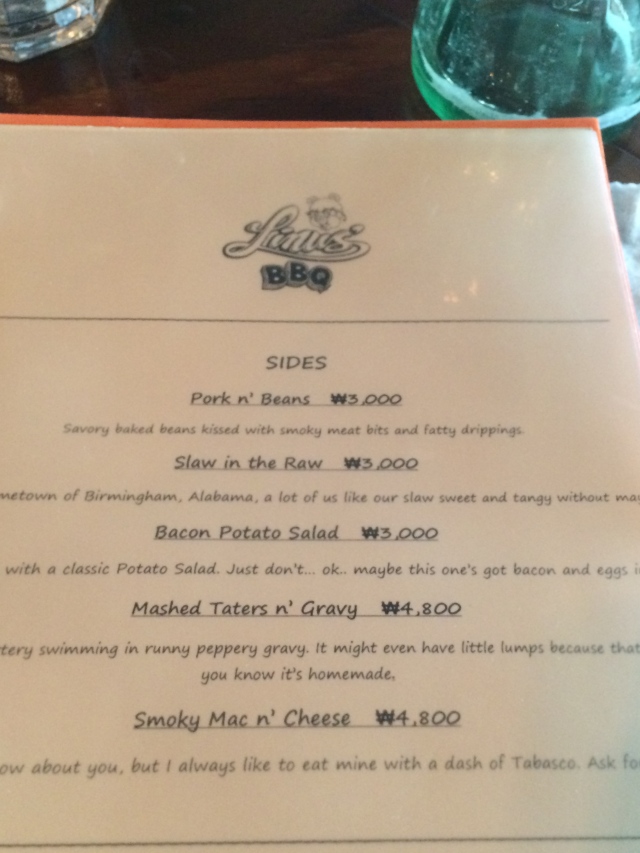 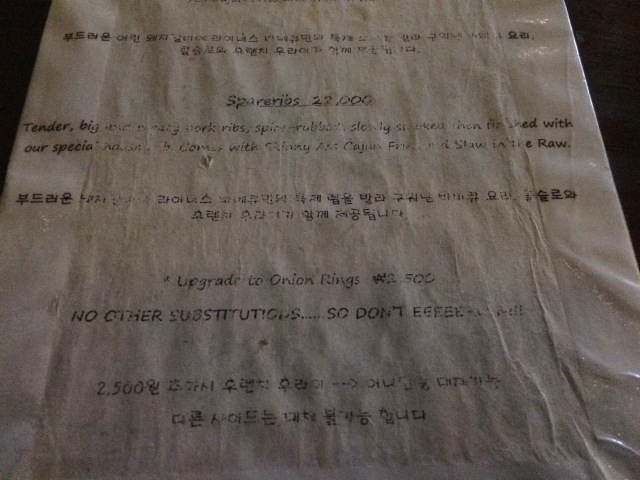 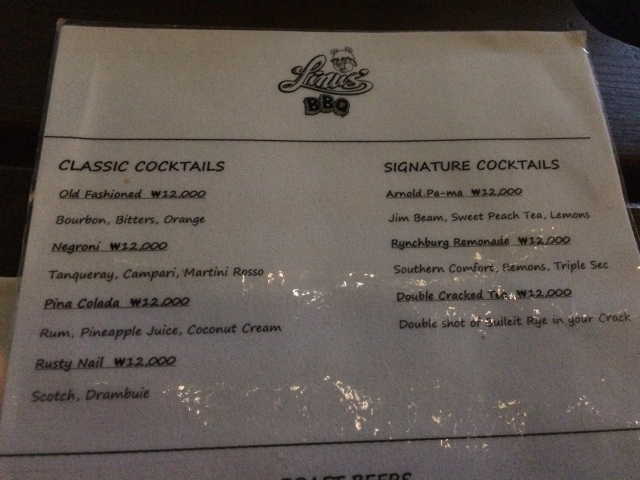 ← Cuba – Top 10 Things to Bring Before you Go
Soyosan Mountain – Wonhyo Falls (원효폭포) and Jajaeam Temple (자재암): A Buddhist Retreat on One of Korea’s Most Sacred Mountains →